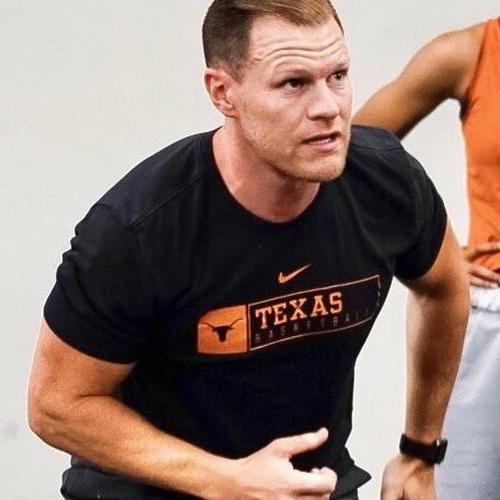 Zillner develops, implements and supervises the training regimen for the Texas women’s basketball team in the areas of speed, strength, agility, conditioning and flexibility. Zillner also works collaboratively with the areas of sports medicine and performance nutrition.

Zillner comes to the Forty Acres with a vast amount of experience at three NCAA Division I institutions, most recently serving as Assistant Strength and Conditioning Coach at the University of Kansas. At KU, Zillner was the sports performance coach for the women’s basketball, softball, women’s golf and women’s tennis teams. He worked directly with 2017 Big 12 Women’s Basketball Newcomer of the Year Jessica Washington. He also assisted with men’s basketball, including 2017 consensus National Player of the Year Frank Mason, and was responsible for the development of incoming athletes.

Prior to returning to his alma mater, Zillner spent more than a year (2015-16) as Assistant Strength and Conditioning Coach at the University of Illinois, where he worked with the women’s basketball, volleyball and men’s and women’s golf teams. During his tenure, the Illini men’s golf team won the Big Ten Championship and the NCAA Regional, and the squad boasted three All-Americans.

Zillner served as the Director of Strength and Conditioning at the University of Southern Mississippi during the 2014-15 school year. He was the head strength and conditioning coach for men’s and women’s basketball and volleyball. There, he oversaw intern and graduate assistant personnel and coordinated the yearly nutrition and strength and conditioning budgets. The women’s basketball team advanced to the WNIT Quarterfinals – the best postseason run in program history – and had two players named All-Conference USA.

Before joining the staff at Southern Miss, Zillner spent three years (2011-14) as Assistant Strength and Conditioning Coach at the University of Kansas. During his first stint in Lawrence, he worked with the soccer, softball, men’s and women’s golf, and track and field teams. He also assisted with men’s and women’s basketball, volleyball and baseball. In Zillner’s work with the track and field teams, the women’s track and field team finished as the 2013 NCAA Outdoor Champion and was the national runner-up at both the 2012 and 2013 NCAA Indoor Championships. He coached 21 first-team All-America honorees, 11 Big 12 Champions, and also worked with 2012 Olympic Gold Medalist Diamond Dixon.